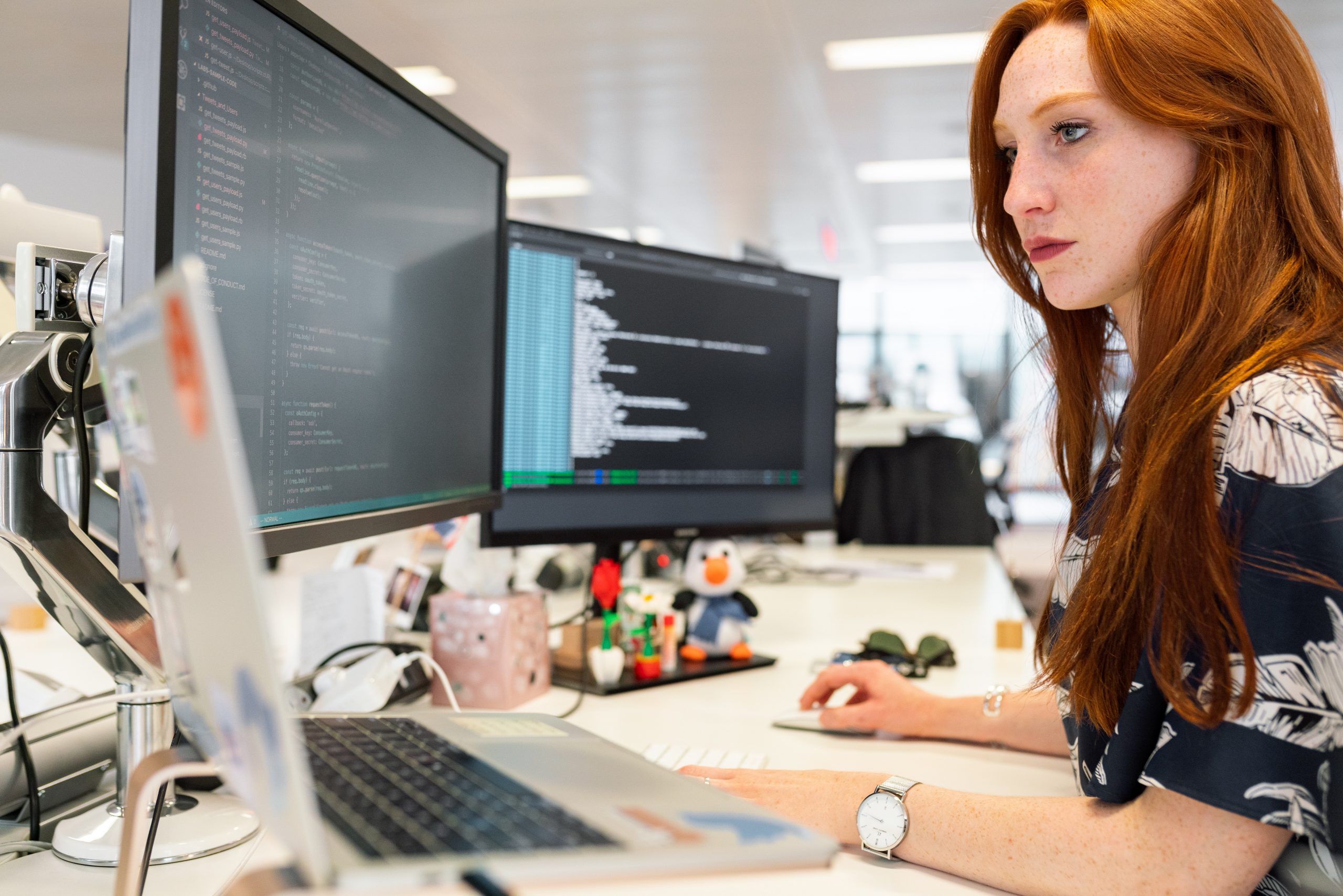 Jessica Nordell, Author of The End of Bias

Women are significantly underrepresented in STEM (Science, Technology, Engineering and Mathmatics). As I mentioned last week, only about 32,5% of people studying STEM subjects in Germany are women, and only about half of those women go on to work in STEM jobs. Coupled with the fact that Germany already has a shortage of STEM educated people, it is almost irresponsible to not interrogate why there are so few women in STEM jobs.

Why are there so few women in STEM?

There is of course a wide web of causes which contribute to the disparity, much of which is tied to the fact that there is an inherent gender bias against women in STEM. Studies show that women must be twice as good as men to be considered equally competent, and that removing indicators of gender – by doing blind auditions or removing names from job applications – significantly improves women’s chances of success.

The End of Bias author Jessica Nordell wrote an insightful short piece on this kind of bias. In her article she highlights an interview of Michael Moritz, the CEO of Sequoia Capital. In the interview, when asked why his company employed so few women Moritz replied that they were looking to hire more but were not prepared to lower their standards. Nordell is of course correct in pointing out the Freudian slip here – why is hiring women equivalent to lowering their standards? This assumption that women are less qualified or brilliant, is one of the big roadblocks in preventing women to get hired or adequately recognised in their jobs.

“Until a person has experienced career-harming bias, they simply don’t believe it exists.”

Ben Barres, Neurobiologist and first transgender scientist at the National Academy of Sciences

Transgender people provide a crystal-clear insight into this kind of gender bias. Transitioning from one gender to another means that any changes in how a person is perceived and treated can be pinpointed to one variable: their gender.

What emerges from the anecdotal evidence as well as investigations on transitioning, substantiates the existence of a gender bias. FTM (female to male) individuals report being taken more seriously, while MTF (male to female) individuals suddenly had to cope with their credentials and expertise being questioned. Their behaviour too was seen in a different light. Behaviour that had been labelled as assertive coming from a man, was seen as aggressive in a woman. This shows that even the interpretation of the same behaviours is refracted by gender, which means that MTF individuals often had to adapt their mannerisms to conform to the expected social standard of their gender.

How to be better

Part of the problem is that this bias is systemic and therefore often enacted subconsciously. This means that people might not actively be trying to disadvantage women but are simply repeating learned behaviours and patterns.  Because of this it is so important to highlight and understand the ways in which bias can manifest, so that we can try to counteract it.

Another solution is to nurture women in STEM. To incentivise women who are studying in STEM and to provide support and networking opportunities for them. Part of the representation disparity is a gender bias against women, but as I mentioned last week, there is also a prevailing stereotype of STEM being a male field. To remedy this, we need more female role models, who can show young girls that they can succeed and excel in STEM just like their male counterparts.

Beyond all the big talk of bias and the need for systemic change, what can we do? There are very practical steps a company can take to improve the number of women they are hiring.

Hire More Women in Tech is a fantastic website which offers an incredible amount of information, metrics, and resources on why its so important to hire women in tech, and how to get better at it.

Much of the advice is geared at how to improve and diversify the recruiting and hiring process. There are examples and suggestions for how to un-gender the language of job descriptions. They also give tips on how to improve interview panels, the interviewing process and the workplace culture.  There also is a section on investing in communities of women in tech, which allows you to build relationships before a candidate even considers applying. I wholeheartedly suggest that anyone who is interested in learning more about the gender bias and how to improve at hiring women visit the website and delve deeper.

It’s Not Foot in Mouth Disease. A few days ago, Michael Moritz, who… | by jessica nordell | Medium

Tags:future of workwomen in stem
Next Article : Continuing Layoffs in Tech Companies
Share :